The violin brothers, along with Mannargudi Easwaran on the mridangam, enthralled audiences in their first ever show in Wellington. Scintillating, soulful, spellbinding and stupendous are some of the words that come to mind while trying to aptly describe the music that was played on the day.

Apart from playing on the violin, Ganesh also sang a few snatches during the concert. It was definitely double bonanza for the audience. 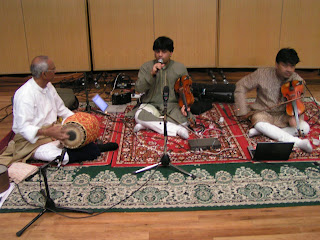 The concert lasted three hours with a 20-minute break in the middle. 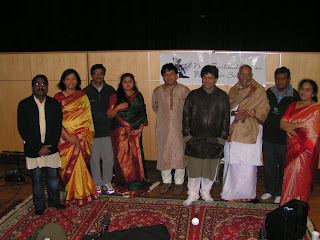 Thanks to NZ School of Music for the venue. And many thanks to the volunteers and all the helpers who did so much on the day of the concert and much more before it too. Thanks are due to all our sponsors also: Fuel Espresso, Little India, Discount House, Spice Rack, Roti Chennai and Royal India restaurant.

The turnout was really good, and it was heartening to see many new faces in the audience.
Posted by NZIFS Reporter at 6:08 pm No comments: 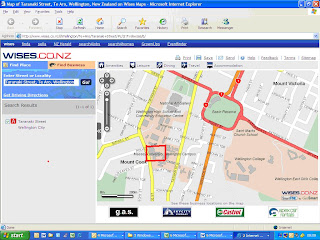 Posted by NZIFS Reporter at 3:11 am No comments: 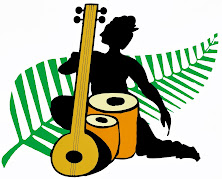